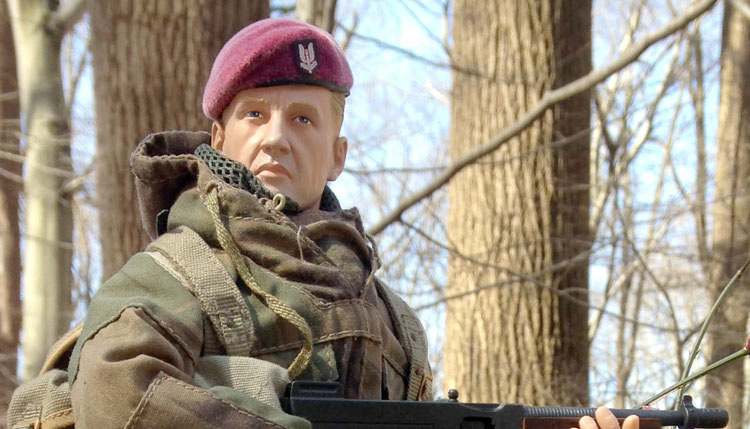 Hey guys, welcome back. Today I have an incredibly awesome figure to show you. This is Oscar McKinnon who has become an instant favorite of mine. This figure has been pretty much my number one wanted dragon figure for a good while now. So, I am beyond excited to finally have this guy in my collection. He’s very nice. So, let’s go ahead and take a look at the box. Got a great picture there of Oscar McKinnon. I love the pose that he’s in. All right, Northwest Europe, 1944, this guy is a special air service commando and he’s part of the second SAS regiment. Got another cool picture on the top. Here is the back of the box. And this one came out in 2004. All right, so great looking box. I love the picture there of Oscar McKinnon in the front. 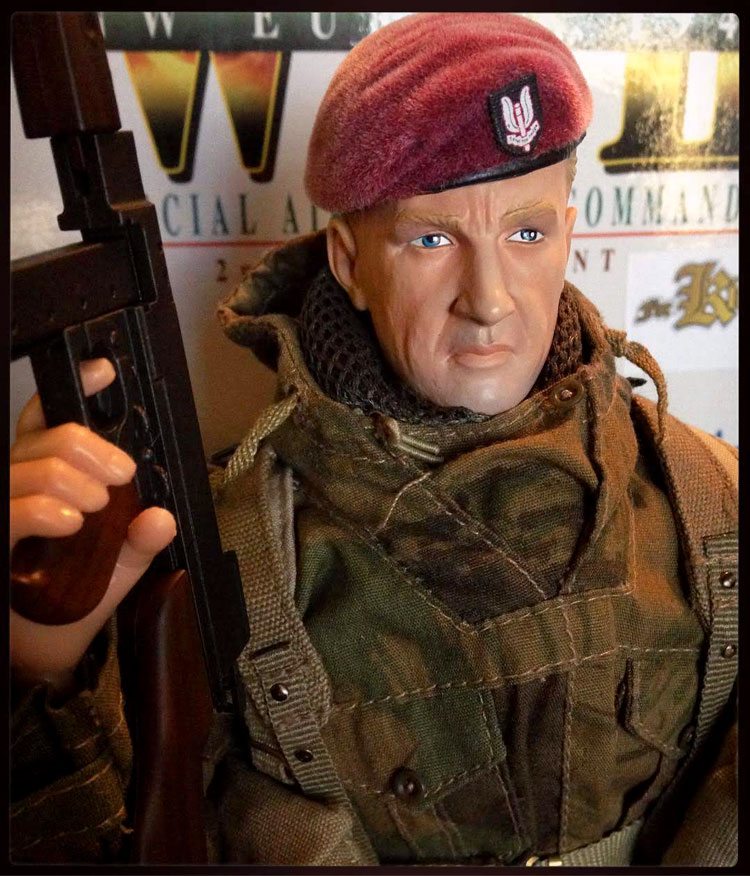 But let’s show you the figure. This guy is really awesome and he might be my favorite that I own. It’s hard to say because I own some great figures, but this one is definitely up there. He is just absolutely beautiful. As you guys know, I love the British figures, especially the SAS guys. Yeah, this guy just looks great. 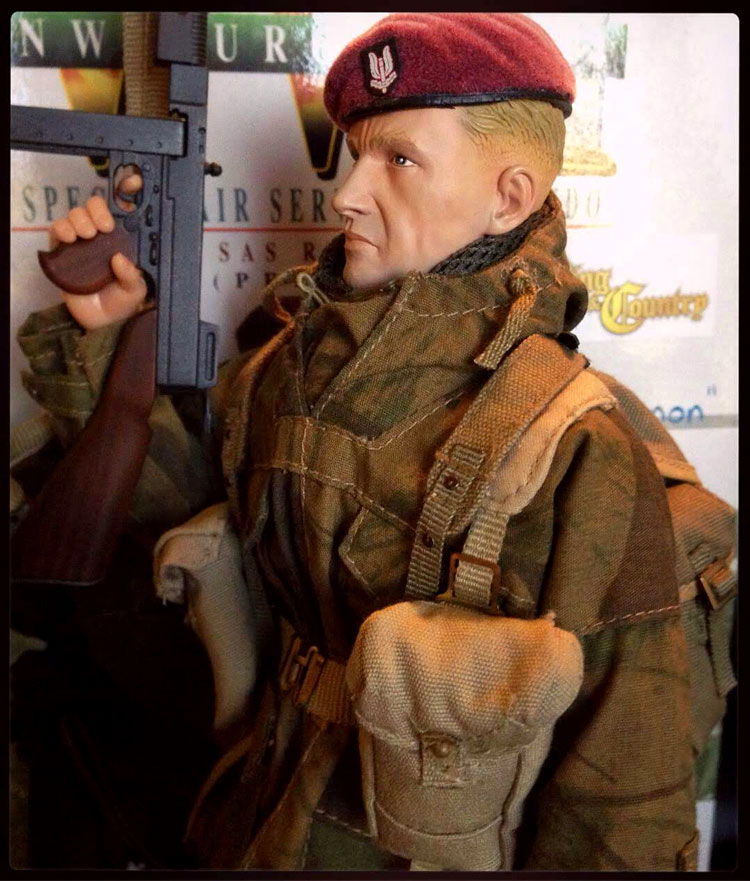 All right, so as you can see, he is holding his Tommy gun and you can get some great poses with this. And he holds this pretty well, I think. Here it is up close. So, as you can see the sights pop up, the clip comes out, you can pull that back. It does have a spring in there and then nice strap on that. So, good quality weapon. 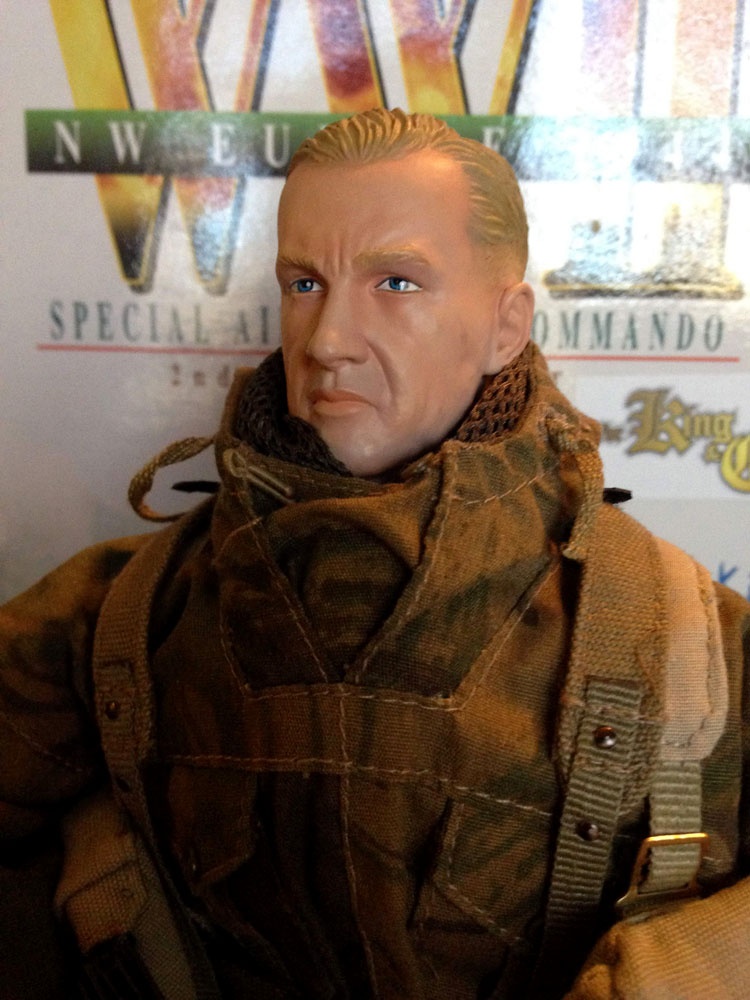 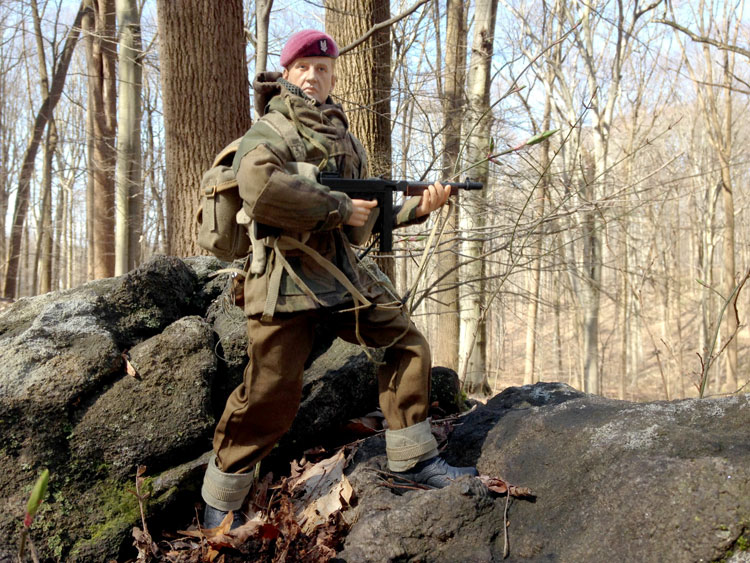 Okay, moving on. Let’s show you some of his equipment. In the front we got these big patches for extra clips and I do have some extra clips for his Tommy gun in there. In the back, he’s got this awesome heavy-duty backpack which fits very snugly on the figure’s back. Okay, we got his canteen down here and his entrenching tool over there. We see inside of there, he does have the top part for that inside of the case. Then he has a pistol, a nice holster for that. Let me take that out. There is some string attached to the end of that. You can pull that back. You could see the bullet inside. And the clip comes out of course. And he holds that really nicely as well. 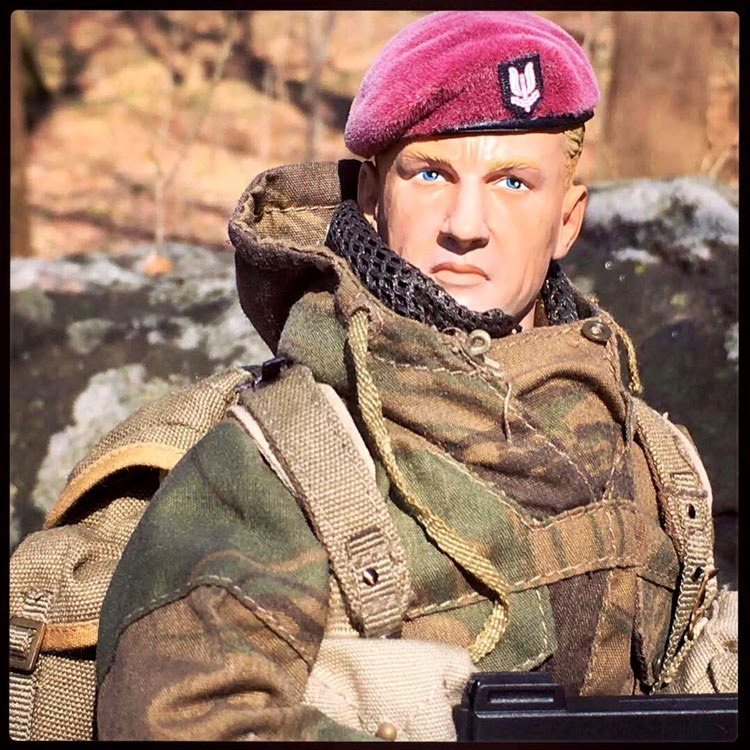 All right, next up, you see underneath he’s got this scarf that you can put on, which is really nice. And then his, this is called a windproof camouflage smock, which looks awesome. I love the camo design for that. Looks great. And underneath that he does just have the British uniform underneath. And we got his pants and his boots, and then the leggings which you have to put on. And I’ve just applied a little bit of some fabric glue on there to keep those nicely glued on there, and that works pretty well. 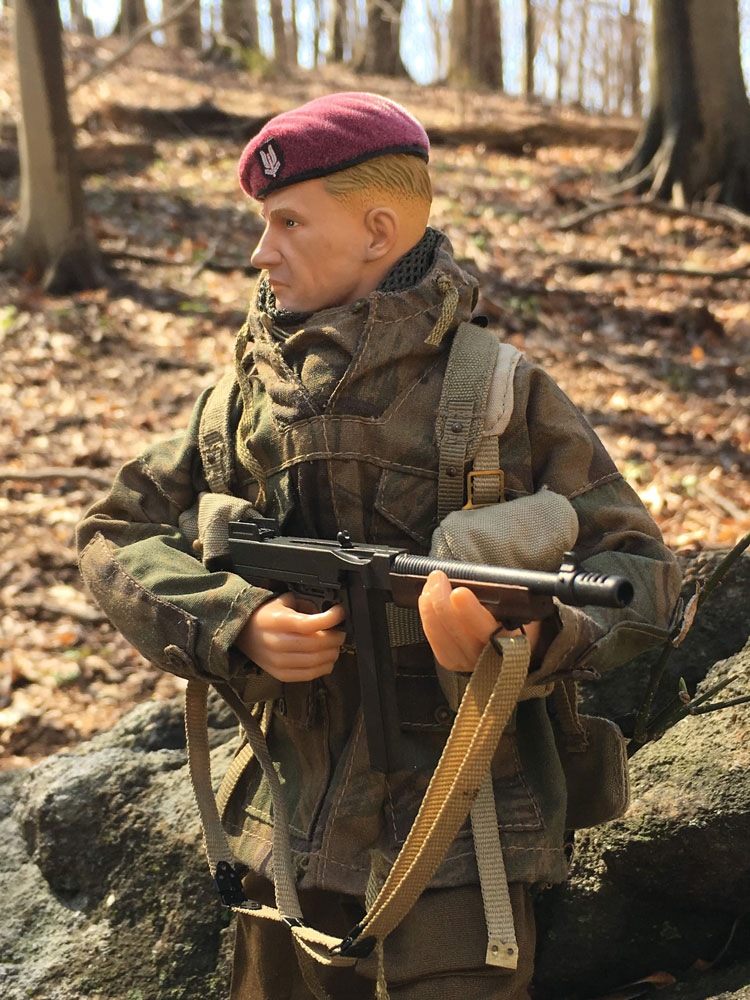 All right. And I think that’s everything to show. So, this is really an awesome figure guys. Oscar McKinnon, like I said earlier, has been on my wanted list for a very long time. I want to say like maybe two years. So, it’s been a while. He’s really, really hard to find, especially for a good price. I had to pay 100 bucks for him. I don’t usually like to spend that much money on figures, but this was a special case. I’ve been wanting this guy for so long, so I just decided to spend the money and get him, and I have zero regrets. This figure is absolutely amazing. One of my new favorite figures and I really can’t recommend him enough. Hope you guys enjoyed this review. Thanks so much for watching, and I will see you in the next video. 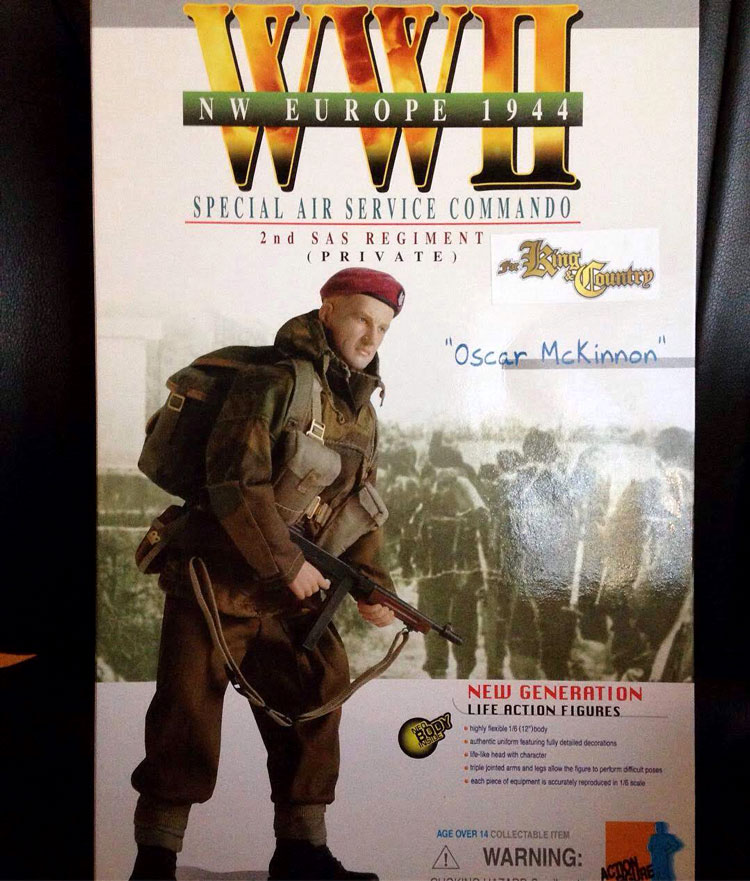 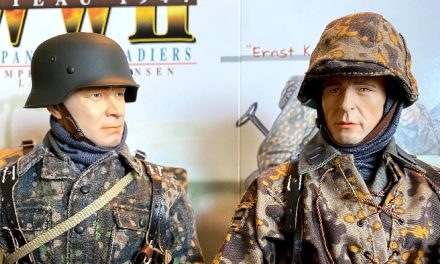 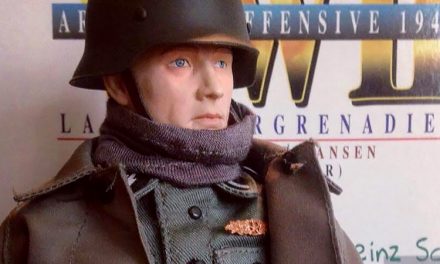