Hey, guys. Welcome back. Today, I have an awesome Dragon Figure to show you. This is a American figure, a US Army bazooka man. His name is James Ford, and he was released in 2004. Now, this is a really, really difficult one to find anywhere. I found him on eBay, and I ended up paying 80 bucks for him, and I actually think that’s a pretty good price for this one, just because I really don’t see this one anywhere. He’s super rare. But I’m really excited to own this one finally. I’ve been trying to find him for a long time. Really a fantastic figure, so let’s jump right into it. 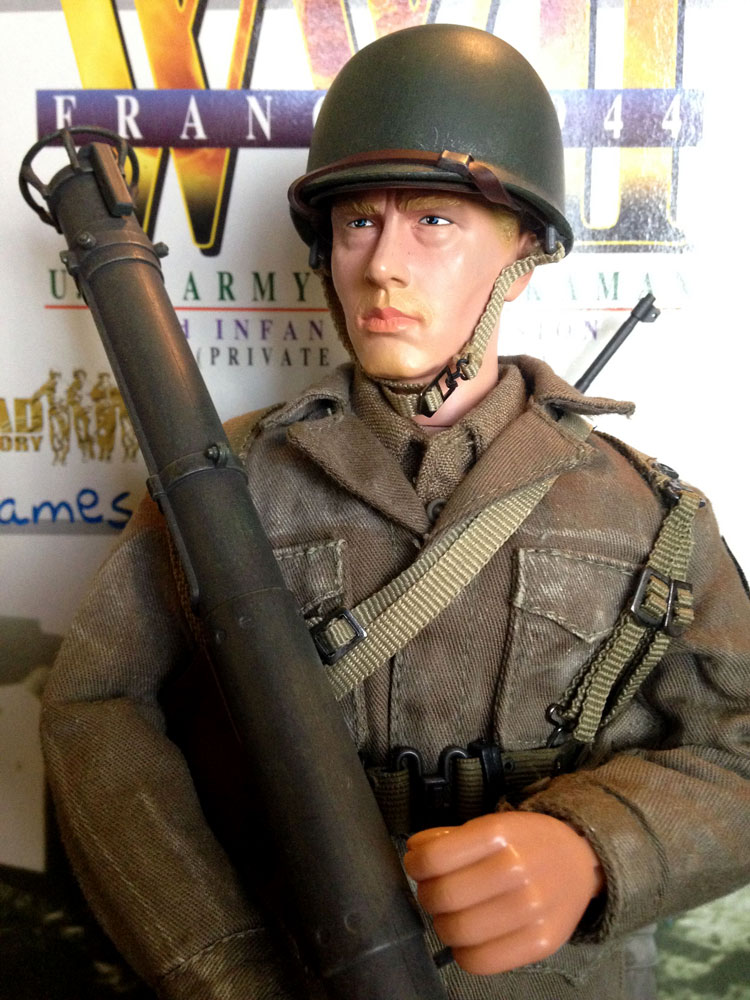 A really cool box. I love this picture of the figure. I think that looks great. World War II, France, 1944. This guy’s a private first class. All right, same picture on the box on all sides, and back there’s some of his equipment. And like I said, this one was released in 2004, so awesome box. I think that picture looks great. All right, here’s the figure. All right, guys, so as you can see, this one is really cool, just looks great, very realistic. Comes with some great equipment, very unique equipment. And I’m not really sure why he’s so hard to find. I guess maybe not a lot of this one were made. But I can definitely see why people want him so bad. Just a really cool figure here. 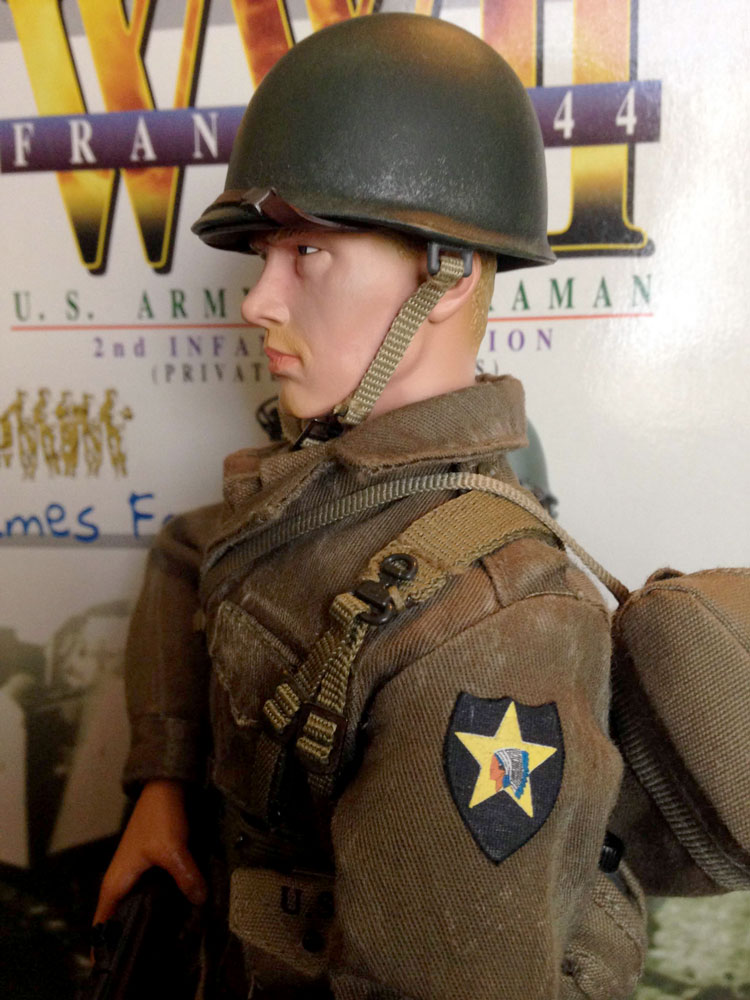 So let’s go ahead and take a look at his bazooka here. Actually, it’s a rocket launcher. That’s what it says on the box, but this is great, and he holds it pretty well. All right, so that looks great on the figure. This thing’s really cool. Got a small strap here. Okay, this little piece can pop out. Not really sure what that is, but that can pop out, and I actually have a rocket inside of there. It looks like it’s jammed, though, but you can put a rocket in there if you want. Looks like this one kind of got stuck, but he does come with extras, so I can show you those. But really cool rocket launcher, and he also comes with a carbine here, so you can take out the clip, of course, and you can pull that back, and then also a nice strap, and there he is holding it. So really cool that you get two weapons here, the rocket launcher and the carbine. I think that’s really nice. That looks great. 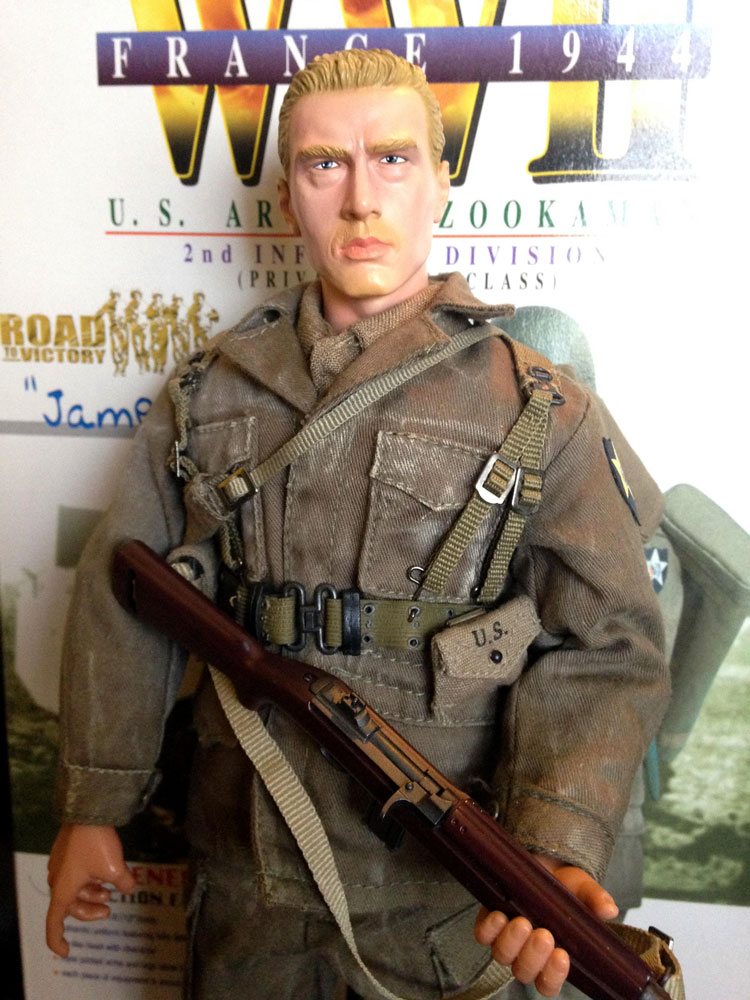 All right, let’s take a look at his helmet. This isn’t a metal helmet. It’s one of the plastic ones, but they definitely put some extra detail on it. You can see it’s kind of got this coat on it that makes it look battle worn, and that looks great. Let me take that off. Okay, there’s the inside. Once again, you can kind of see the extra paint there that makes it look worn. That looks great. Okay, here’s the figure’s head sculpt. Really cool head sculpt. 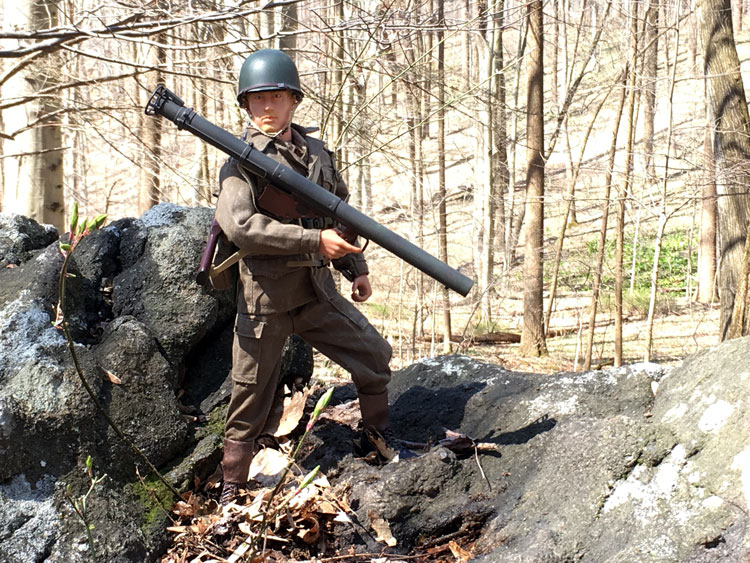 Okay, let’s take a look at some of his other equipment. All right, so on his back, he’s got this case here. This is for his rockets. Let me take this off, carefully. All right, and this is really cool. Inside, we got three extra rockets, and they came with these cylinder things. I’m assuming these are for the rockets, because they fit in perfectly in this bag. Here are two of them, anyway. All right, we got his canteen over here, we got a bayonet, or I guess more like a knife, bayonet or knife. Okay, over here, we got some extra, or one extra, clip for his carbine, and then another pouch over there, so standard equipment here. Very nice build, with the straps that you have to put on manually. That looks really nice. 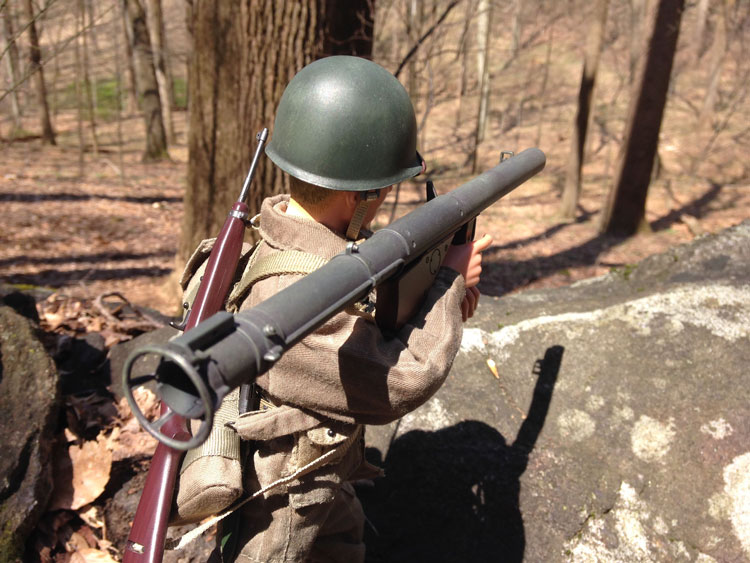 This guy’s uniform is really, really nice. They did a great job with this. It’s a battle worn uniform so it’s been made like this to look like it’s been through a lot, and I think they did a great job with that, looks fantastic, really gives the figure a more gritty look, and I really love that. But on the side here, he’s got a sticker that you can put on, and this is really cool. That stands for his division, very nice. Okay, and underneath this, we got another shirt, and then also some more stickers. They’re his insignia, private first class, very nice. Okay, and the battle worn pants also look great, and then his boots are also really cool, very nicely detailed. 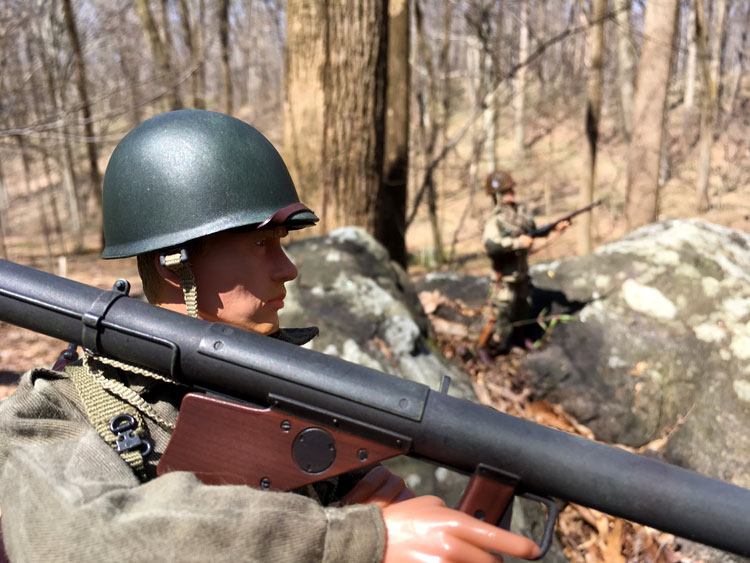 Okay, so I think that’s everything to show. Overall, this is a really high-quality figure. The uniform looks fantastic, with that battle worn uniform. Yeah, this guy’s really cool. He looks really unique, and I’m very happy to finally own this one, so if you can find this figure, I definitely recommend picking this one up. Even if it’s for a high price, pick him up, because this one is really hard to find. Thanks for watching, guys. I hope you have a great New Year’s Eve, and I’m looking forward to 2019, and to showing you many more figures, so I’ll see you in the next review. 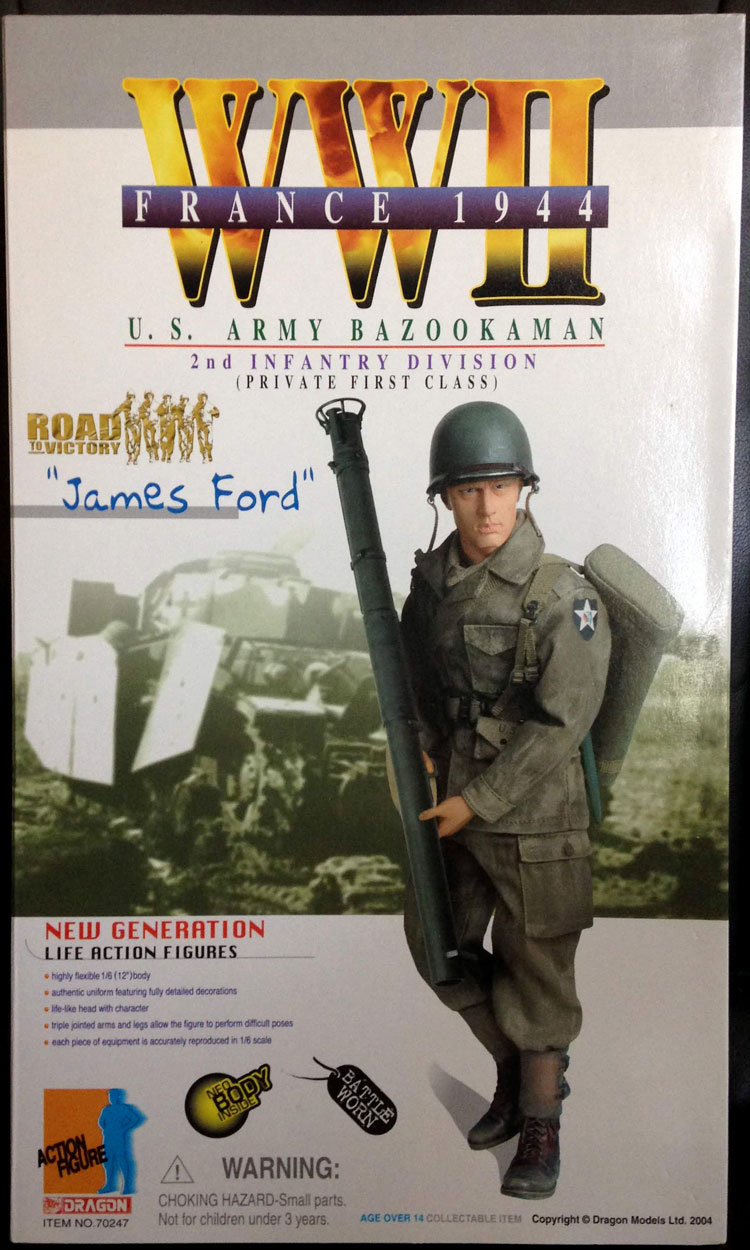 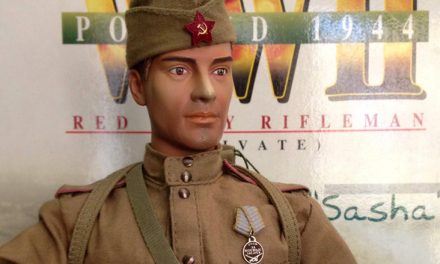