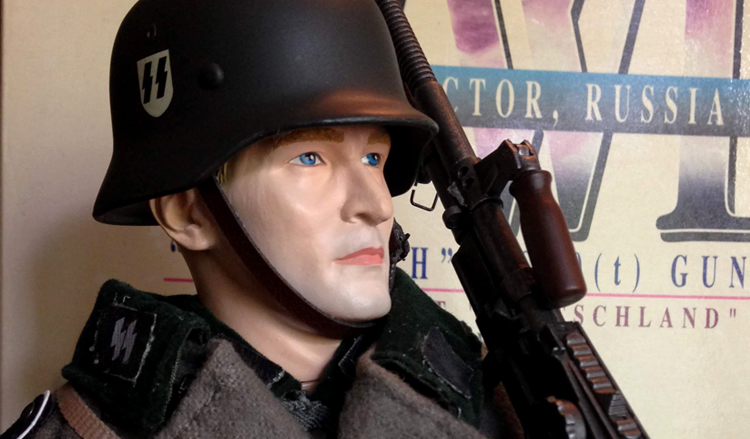 Hey, welcome back guys. Today we’re taking a look at an awesome German Dragon figure by the name of Ludwig Mandel, and this figure was released in 2006, and guys, this is a really, really nice dragon model. I’ve been wanting this one for a few months now, but every time I see him, he’s usually going for close to 100 bucks. And it’s easy to see why. This is one of their definitely nicer models, but I nabbed him for $60 off eBay from a bidding war. I just happened to bid at the last second. So that’s how I got him for such a good price. But let’s go ahead and show you the box. Here’s the picture, the figure, it looks really nice. WW2, Central Sector Russia, 1941 and as you can see the box is a little faded, so maybe that’s why the price was a little lower as well, but that’s okay. The figure was in brand new condition, so that’s all I really care about. But still the box looks great here. There’s another great picture of the figure and there’s another picture of the figure. 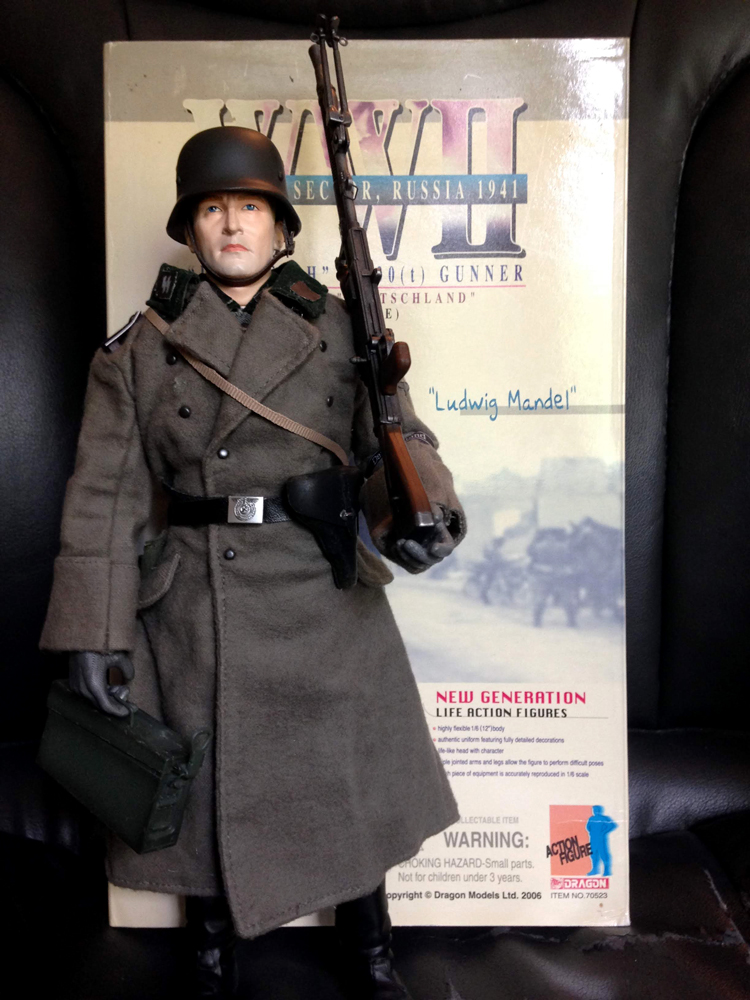 Here is the back of the box. All right, so very cool box. Let’s show you the figure now. All right, here he is. So as you can see guys, this is a beautiful German Dragon figure, and really, I think a must have if you are a Dragon collector like me. Just really, they did a great job with this one. The equipment is great. Head sculpt and the helmet look fantastic. Just everything about this figure I think is just really, really good. So here he is with his, this is an MG30 that he’s holding. Very nice weapon here. It looks great and he holds it really well. Let’s go ahead and show this up close. All right, in the front we got a nice bipod and got a grip here which can move up and down. Very nice. There is the magazine. Okay, you can pull this back and we got some sights in the back here that can be lifted up. 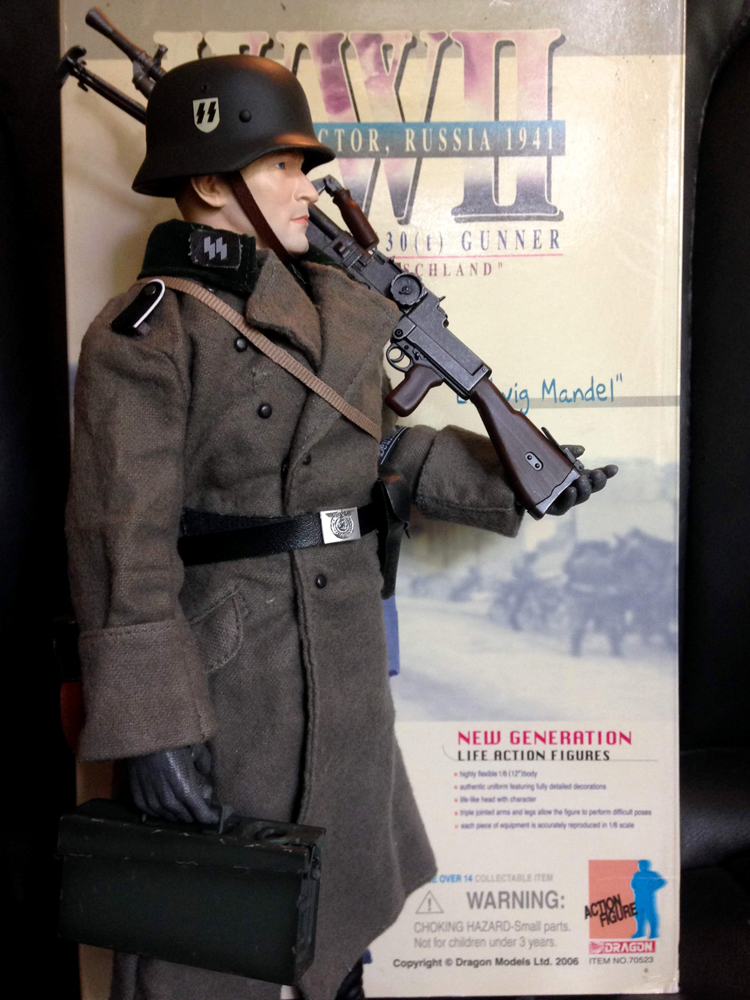 So overall a very nice weapon that this figure comes with. And it also comes with these ammunition cases and I got them attached to this strap that was included. Honestly, I’m not sure if this is … I don’t know if this is right, but I just assumed that this strap was meant for carrying his cases, or you can maybe put it on the figure, or on his shoulder or something. I haven’t really messed around with that, but right now I’ve got these strapped onto the cases. But inside we got a whole bunch of extra magazines, so that’s really cool. 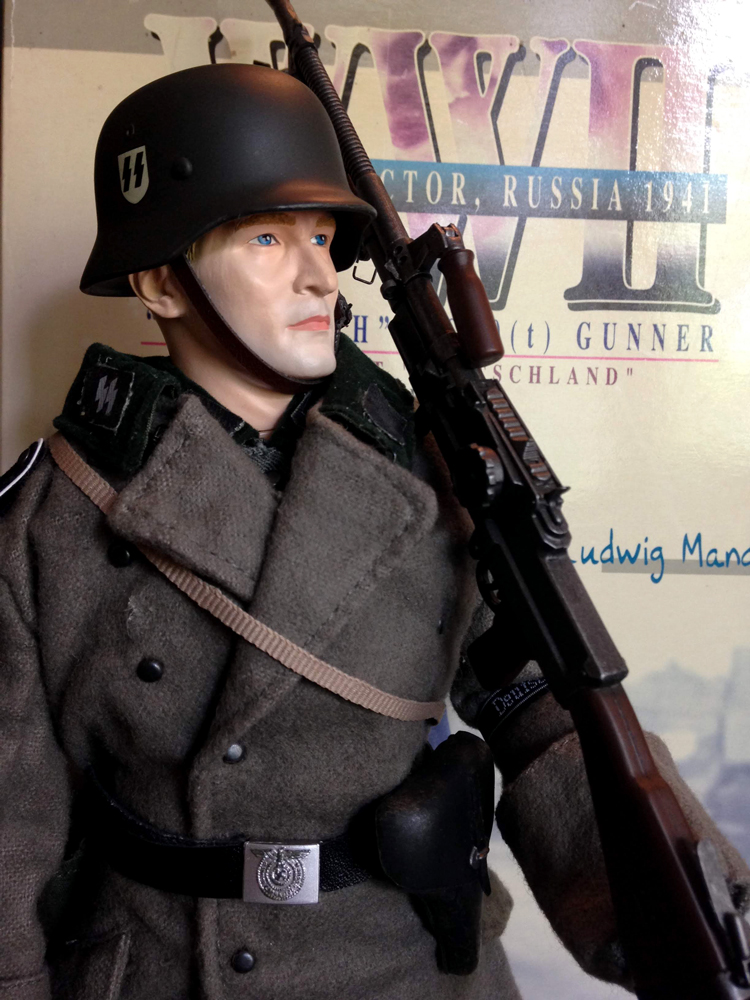 Here’s the figure’s head sculpt with his helmet on and this looks really nice. The helmet fits the figure perfectly and this is one of the metal helmets, so it’s heavier and just looks a lot more realistic. Let me go ahead and take that off. There’s the padding inside. Yeah, and here’s the head sculpt and this is a great head sculpt. Looks good. Very realistic.

All right, so let’s take a look at his, the rest of his equipment. It comes with a good amount of stuff. On the back, got your standard German equipment. Got his canteen, his basket here, and his gas mask case. Got that across his shoulders, that looks great. There’s his knife, the sheath and he also has a pistol and there that is inside. 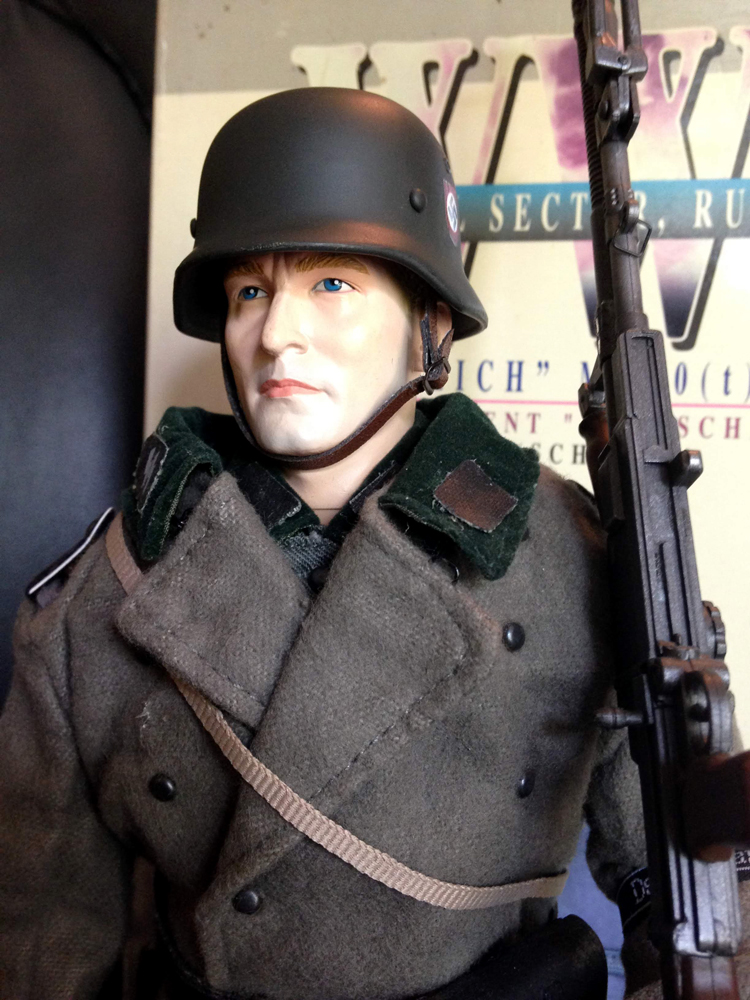 All right. I guess I’ll take this off. It’s already off anyway. All right, so let’s take a look at this. It’s called an M36 Greatcoat that he’s got on and this is really nice. I have another figure that comes with something similar to this and the quality of it, I think is really good. On the side, he has a arm band, got a sticker there. I think I put the stickers on right. Hopefully I did. Got another sticker there, got some more up on his collar and then got shoulder pads. And underneath this Greatcoat, let me just show you briefly his other uniform underneath. There that is and there are some more stickers that you can put on to his collar if you want, and then this figure has the gloved hand. Those are pretty cool. 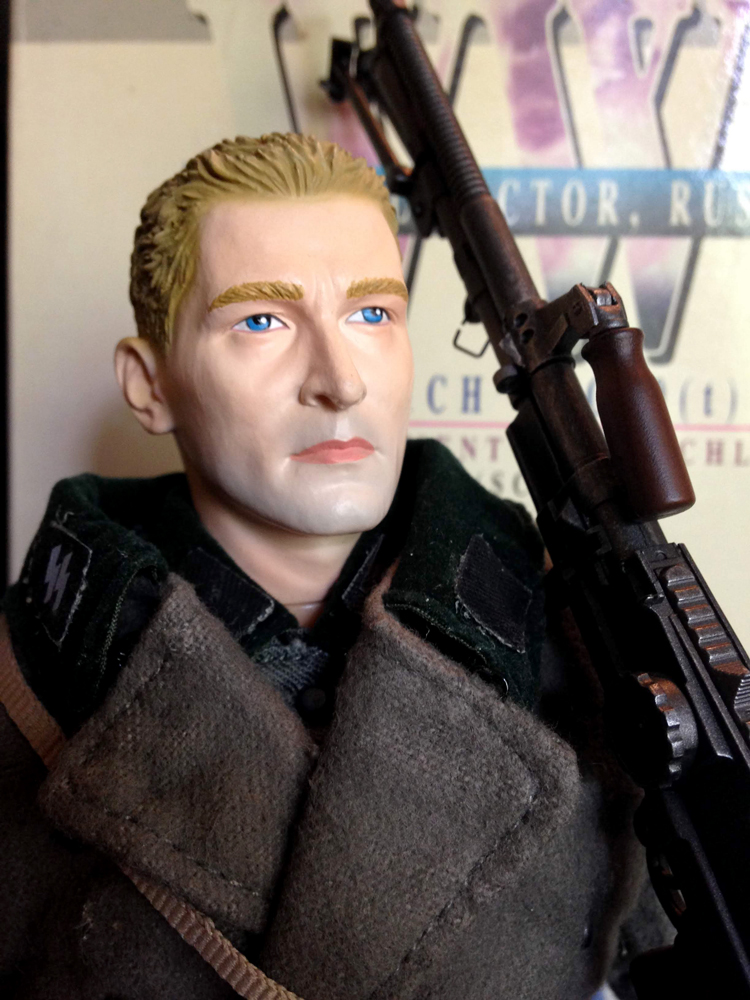 There are his pants and his boots are very nice as well. Very good quality. I love on the tip how they look worn. I think that’s great detail there. All right, so I think that’s it guys. That is Ludwig Mandel. Really an awesome German Dragon figure. I highly recommend picking this one up if you can. I think I saw two more on eBay that have a few more days left. If you’re interested in picking this figure up, I recommend checking those listings out. I think they were going from like maybe like $50 right now. So if you’re interested, check those out. This is a great figure. So really recommend picking him up. But I also, I just want to thank everyone for subscribing to my channel. I just reached 800 subscribers and that was really encouraging. So thanks a lot guys. I’ll try to pick up another figure soon and till then I’ll see you. 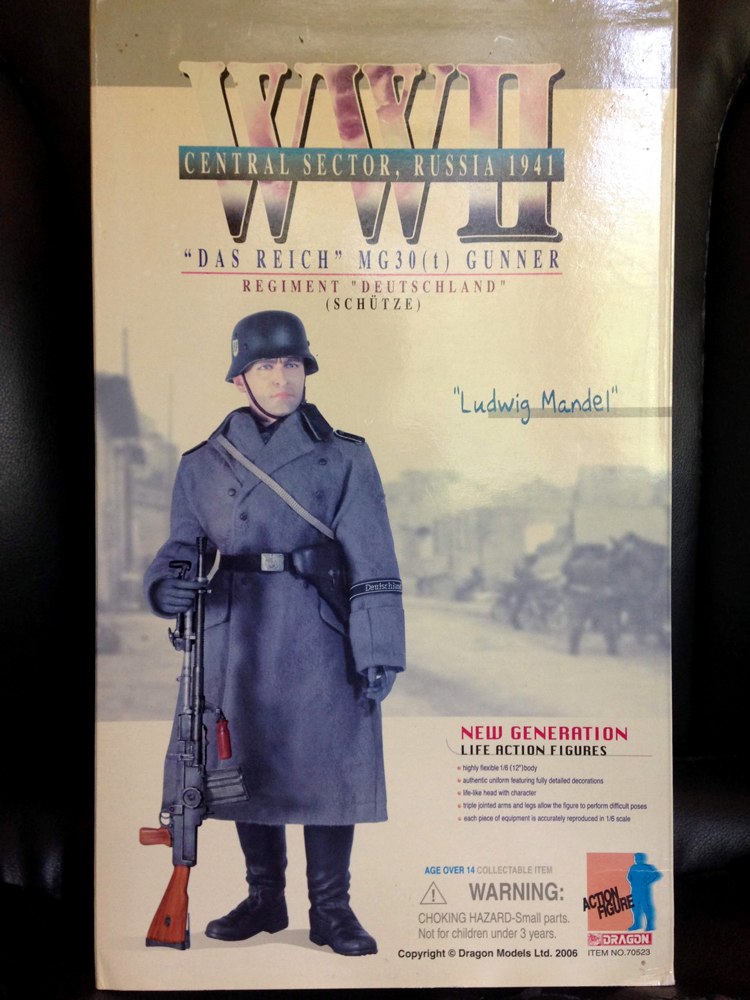 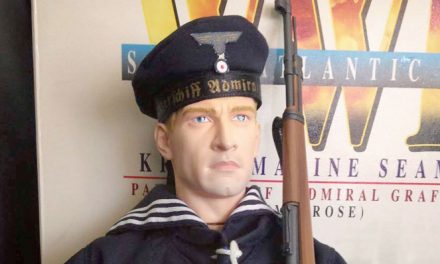 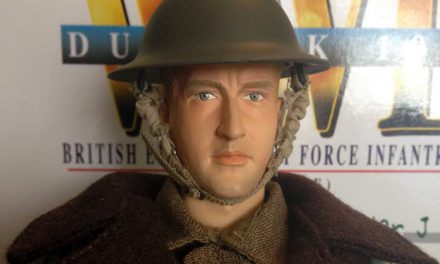