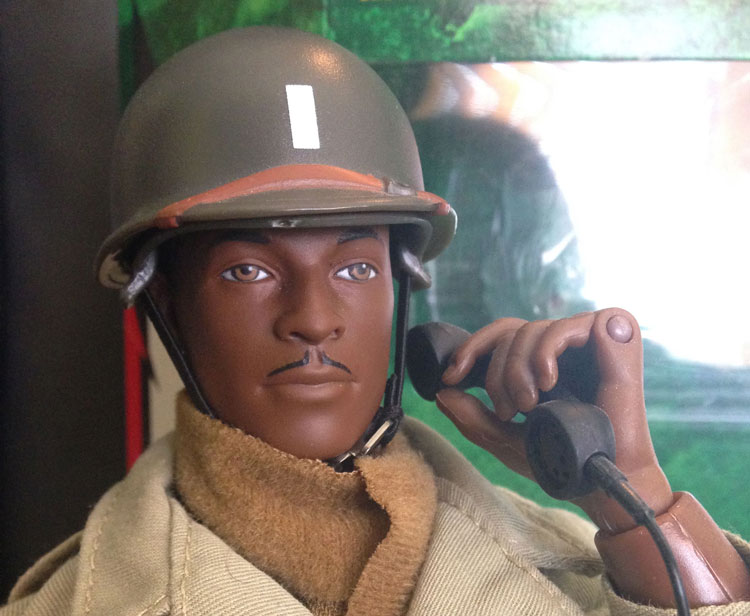 Hey, what’s up everyone? And welcome back to another review. And guys today I have before you a very special G.I. Joe. I have wanted this figure for many years, and he has definitely been my number one wanted G.I. Joe figure. Guys, this is First Lieutenant John R. Fox. I am so excited right now to be doing this review for you and to have this figure in my collection finally.

This figure is extremely rare and is very expensive. It generally goes for anywhere from $100 to $150. I mean, and that’s just for one figure. I mean, that’s very expensive, but just because of the rarity of this guy, I mean, this prices have just gone up so much over the past years. Yeah, I’ve wanted him for so long, and I was willing to pay any price for this guy. So I finally have him and before I get into the actual review, I just wanna say a few things. 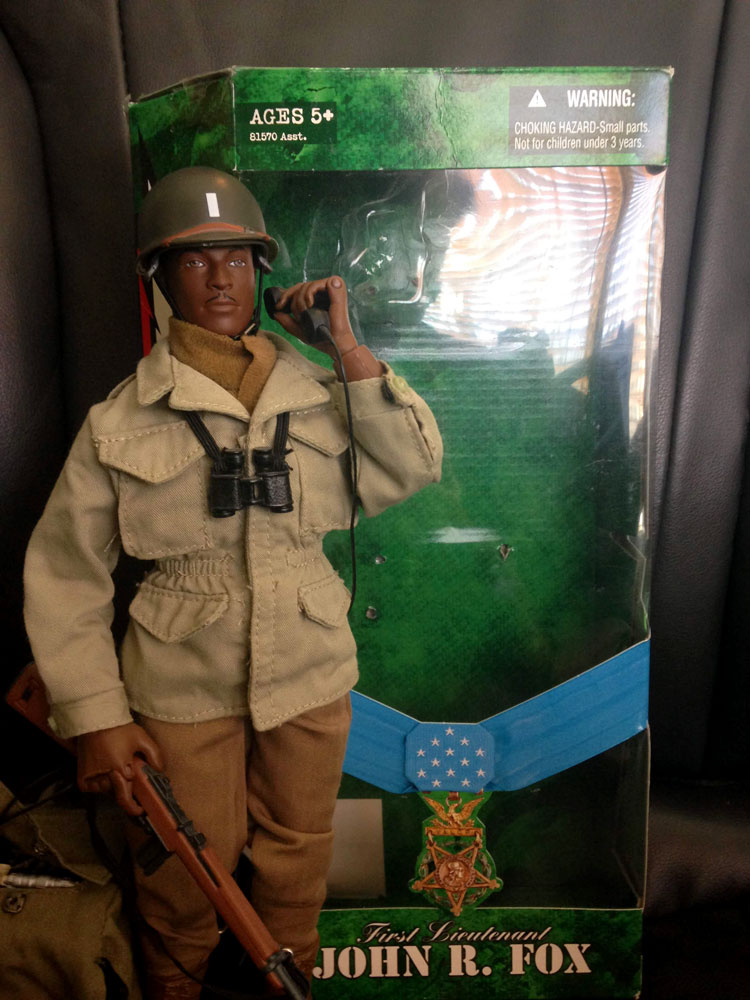 First thing I wanna thank MIB Master for helping me get this figure because if it wasn’t for him I would not be showing this figure right now. He wrote me a few weeks ago, and he told me that this figure was being sold on Cotswold Collectibles. That’s a site I never gone on, so I wasn’t aware that this figure was being sold at the moment, but I went on there, and I bought this figure extremely fast. I was so excited, and I got him for $77 with shipping, which is really a steal considering just how rare and pricey this figure can get. So I’m just so thankful to MIB Master for telling me about this. Guys, check out his channel. His channel is super awesome. If you haven’t checked it out already, please go check it out.

Second thing is I wanna thank all of you guys. I recently hit 400 subscribers and that was really exciting for me, so thank you so much for that. I really appreciate the support. It means a lot to me. 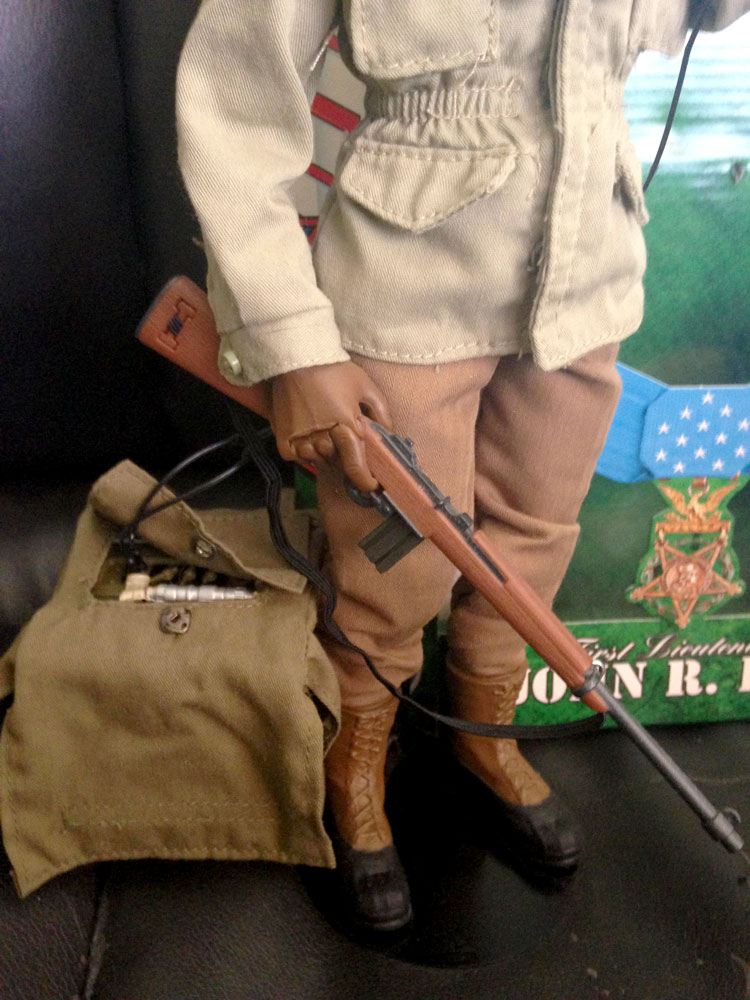 All right. Enough of that. Let’s get on with the review. So here is the box. Really cool box. These are some of my favorite G.I. Joe boxes. Just look really cool. But upfront First Lieutenant John R. Fox. We got the medal of honor badge. That’s really cool and this figure is part of the World War II Liberator’s collection. Okay on the side we got some pictures here. There’s John Fox at the bottom. We got Douglas MacArthur and Francis Pierce, both really cool figures. Up top, we have the equipment list and on the back here is a picture of John Fox. It’s really cool artwork there. And over here we have a description of what John Fox did to receive the medal of honor and just, this is a really cool read. Just an incredible man here. So a really interesting read. And this figure was released in 2004.

All right. So there is the box and here is the figure. The moment you’ve all been waiting for. Here is John R. Fox unboxed and this is a really cool figure. I’ve always had a thing for World War II figures so that made it even more exciting for me, but yeah, here he is guys. Really, really cool figure. He’s a pretty simple figure. He doesn’t come with a whole lot of equipment, but still sometimes the simpler figures are the coolest. He’s just really, really nice. I felt almost kind of guilty taking this guy out of his box because I know just how much value this guy has so I felt a little bad taking him out, but honestly I just don’t care. I wanted to take him out so bad, and I’m glad I did ’cause this guy is really cool. 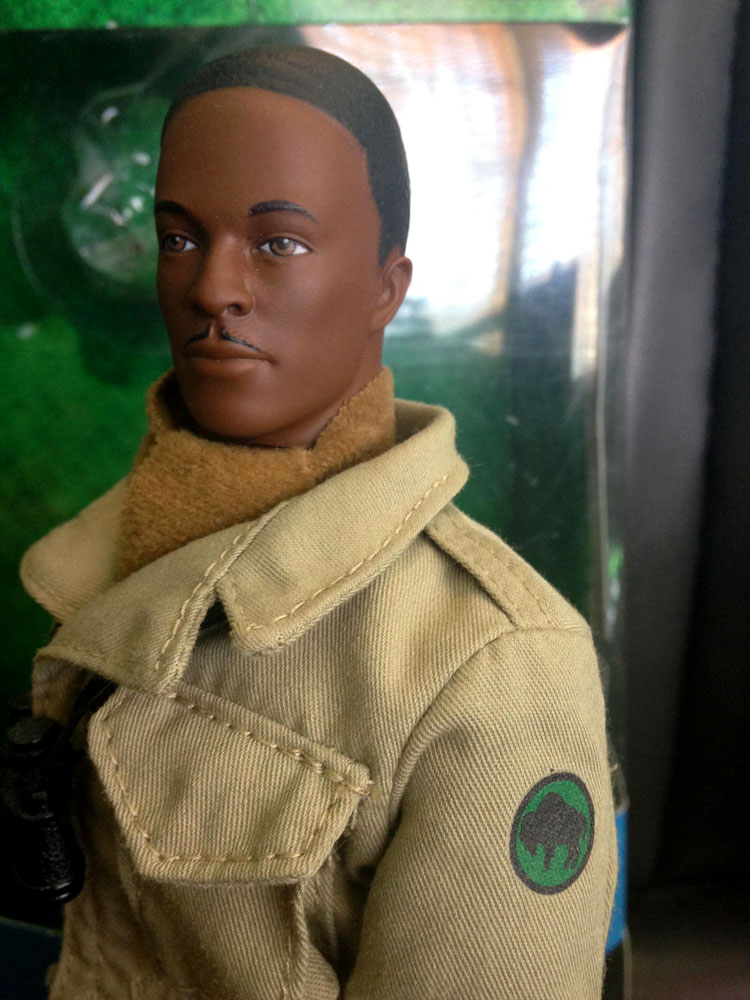 All right guys. So for starters let me show you his equipment here. This is a radio and we got the phone cord here and right now I have it in its cover bag, but let me take that out so you can get a better look at this thing ’cause this is pretty cool. Okay. So here’s his radio, and this is really cool. It’s got some really nice detailing on it. That looks very nice and got the phone and the cord attached to it. And we got some handlebars there. This is also can actually pop out. That is the antenna I believe. Okay. So that’s really cool. And here’s a closer look at the cover that comes with it. You can actually strap this on to the figure’s back if you want to. It’s a little clunky but that’s an option.

Okay, next up let’s take a look at his weapon. This is a M1 carbine. Very nice. Okay, here it is. Very simple gun. Don’t have a whole lot of detail on it, but there is the magazine clip and we got a nice strap on there. You can put that over his shoulder or on his back and that looks very nice. All right. So those are his weapons. 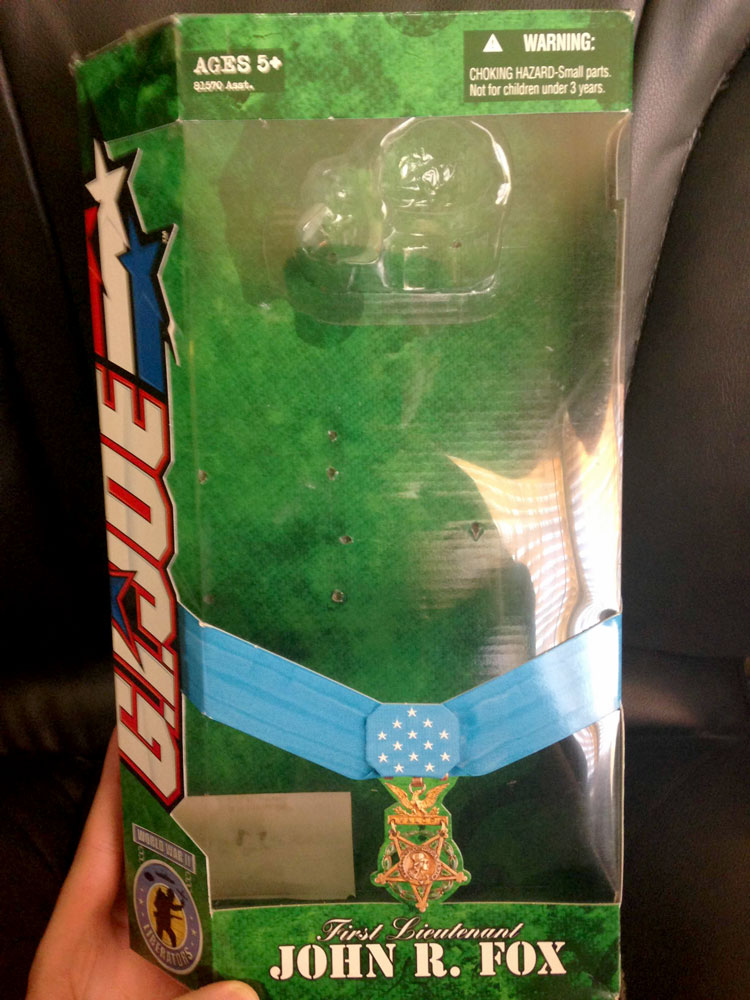 Now let’s get a closer look at his helmet and head sculpt. All right. So a really cool helmet here. Let me go ahead and take that off. Got the nice colored strap in the front and over here … Now let me see if I can just get the quality a little better on this. Hold on. It’s not really picking it up too well. Sorry about that. But in the front we got that symbol there that might be indication of his rank. I’m not sure though. Correct me if I’m wrong. But that’s a really cool helmet there.

Here’s the head sculpt. Of course this is a unique head sculpt and I think it’s a good representation of the real life man, John Fox. Definitely looks like him. Okay. Next up we got a cool pair of binoculars. Very nice. And as for his uniform we got this nice gray coat he’s got on and on the side here we have this symbol here for the, I guess the squad that he’s a part of. So we got the buffalo with the green background. That’s a really cool print. Okay. If we open this up underneath we have very nice scarf here. That’s a really nice accessory. And behind him we got his dog tag. Okay. Got tan trousers there. Very nice. I really like his boots. I don’t have any G.I. Joe boots like this. Really, really cool, very realistic and definitely stand out. So those are really cool. 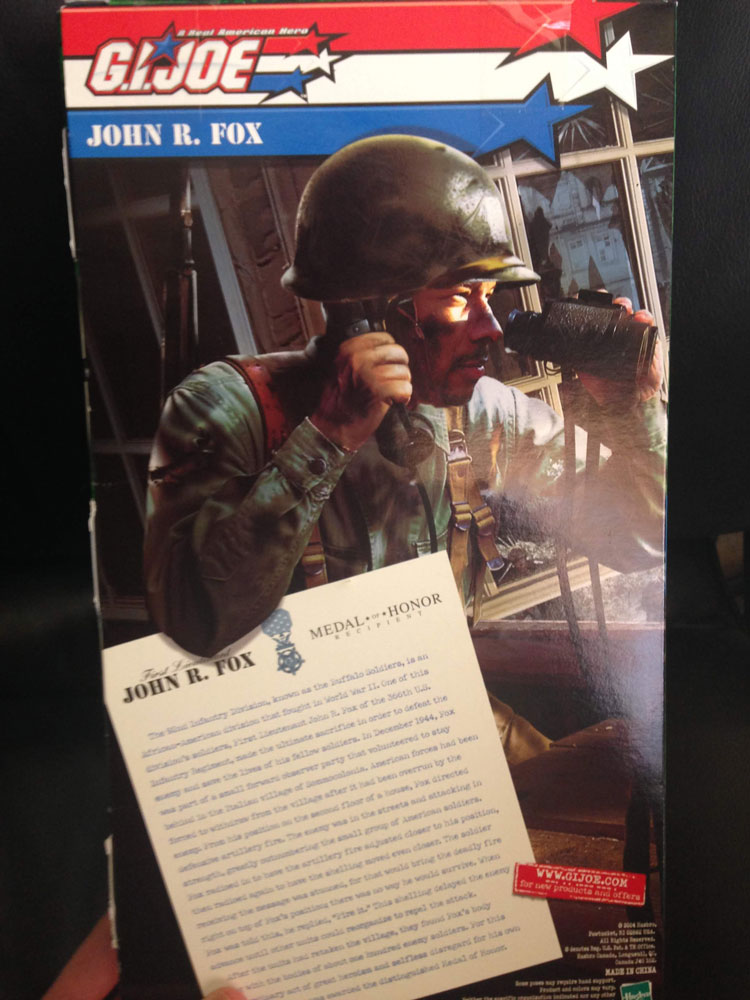 All right guys. So there he is. That is John R. Fox. Like I said earlier I mean he’s a pretty simple figure. He doesn’t come with a whole lot of stuff, but just the rarity makes him just ten times cooler. He’s already really cool, but like I said, the rarity just makes him even more cool, I guess. So yeah. There he is guys. John Fox. Thanks so much for watching the video. Really hope you enjoyed this as much as I did. Once again, super excited to have this guy in my collection finally and if you could find this guy, definitely pay the price for him ’cause he’s definitely worth it. So thanks for watching and I will see you next time.